Hairpins in Society and Art（髮簪的社會藝術） 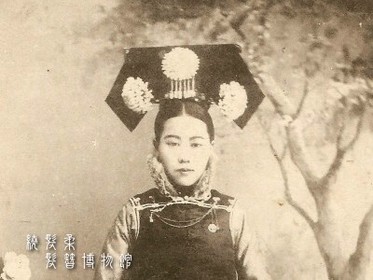 Apart from raising the status of women hairpins were and still are an important symbol in Chinese culture. In the rite of passage, hairpins play an import role. In ancient China, the use of hairpins was an important thing for a girl in her life. There would be a rite of passage when she was fifteen years old, because when girls grow to fifteen years old, they will be treated as adults. Before fifteen they are just girls or children. This was called the “Hairpin initiation” or “笄禮”. Before the age of fifteen, girls did not use hairpins; they always had their hair in braids. But when they were over fifteen years old, they would not wear their hair as braids. They would use hairpins and combed their hair into a bun, meaning that she could now get married. As a traditional rite of passage in China, males had a “hat ceremony” when they were eighteen years old. The elders put the hat on the head of the eighteen-year-old young man to signify that he was grown up. Females had a “hairpin ceremony” instead of a hat ceremony when they were fifteen years old – three years earlier than the young men. Girls started to wear hairpins in their hair when they were fifteen. This signified that she could enter into marriage. Males and females are quite different in their rites of the passage. Although it was not necessary for females to wear hats, they paid more attention to their hairstyles and their hair ornaments. What are the reasons for these differences between male and female? It was because Chinese society was very patriarchy. Females always love to dress beautifully than males but women were not allowed to go outside their home and therefore they did not need to wear hats. Instead they focused on their hairstyles. Women and girls had different hairstyles at different ages. The shape of the young girl’s hairstyle was always likes the letter “Y”. They did not comb their hair into a bun. However, when she was fifteen years old, after the rite of passage, she released her pigtail. After washing her hair, she combed her hair into a bun, and then she put hairpins in it. The hair bun told people that she was an adult from then onwards. Thus, hairpins played an important role in the rite of passage from child to woman. They were also connected closely with marriage. Hair is important in Chinese minds. We call a married couple “結髮夫妻”, which means the relationship between the husband and the wife is just like they tie their hair together. Clearly, matrimonial ceremony always focused a great deal on the hair.


No matter whether before the marriage of after, hairstyles and ornaments showed something special. People could judge the marriage from the hair ornaments. In the engagement, the fiancée took the hairpin form her hair and gave it to her fiancé as a pledge. This is a reversal of the Western tradition of the potential groom presenting his betrothed with a ring. After the wedding, the husband put the hairpin back to his new wife’s hair. Also, a small lock of the hair was always the pledge between lovers. In ancient times, an engaged couple were not able to see each other so often and as an exchange of pledges they would cut a lock of hair for each other. They kept the hair just like kept each other. When the couple would get married the bride had to comb her hair to symbolize a new beginning. Even after the wedding, sometimes a married couple had to be apart for long intervals of time. Long-distance communication was not as convenient as it is in modern times and they were afraid they would not be able to recognize each other any more. So some couples used their hair as a pledge while others broke a hairpin into two parts. Each one took one part. When they met again in the future they could put the two halves together again as proof of identity and as a symbol of their reunion. Hairpins did not feature in burial rites, however. During the time of the funeral, women mourners were not allowed to wear any hairpins. They could wear only white linen clothes.


The materials used for making hairpins showed people’s social status and their fortune. The women in rich families wore gold, silver and jade hairpins. Women from a poor family could only afford to wear a wood or bone hairpin and a woman in a poor family might have only one silver hairpin in the whole of her life. The function of a silver hairpin is not only to fix the hair into a particular style but also to decorate the hair. Furthermore, silver is always a valuable metal and from the Han dynasty (206 BC-220 AD) until 1935 the Chinese economy was based on the silver standard; the Chinese being the last country to abandon the silver standard.

Apart from fixing the hair the hair in place, any hairpin is an important part of one’s appearance in the same way as clothes or shoes. This is especially true when a woman goes out of her way to look glamorous, fashionable or of high class. A woman will wear the best clothing accessories and ornaments they have. The dress and hair ornaments are worn to show the social status and the taste of the wearer and her family. Wearing an expensive or richly decorated hairpin will make the wearer look more beautiful. Also, being highly visible above and surrounding the face one or more hairpins are a very good kind of decoration. In addition, the patterns on many of the hairpins contain traditional symbols of Chinese culture that represent special meanings. Some mean the expectation of good luck, and others may mean good fortune for the future.